Book Review of The Great Gatsby

The Great Gatsby is an American Classic. Most High Schoolers across the U.S. are required to read it. It’s known for its symbolism and Gatsby’s grand parties! Other than that, is it that great of a novel, or is it just a bunch of hype? For me, The Great Gatsby is overrated and not as great as people are hyping it up to be. Here is my book review of The Great Gatsby.

Disclaimer: This blog may include affiliate links, and any purchases made through such links may result in a commission or credit to Curly ‘N Loud at no extra cost to you. All thoughts, opinions, experience, and advice is my own.

The narrator, Nick Carraway, moves to the east coast from the midwest, living next door to the grand, wealthy, and charming bachelor in the West Egg, Jay Gatsby.

Jay Gatsby is known for his extravagant parties that would carry on through all hours of the night. People who attended his parties were rarely invited, and they would just show up with others who knew about the party as well. There was music, various singers, dancers, bright lights shining from all the windows, and people in and outside of the home having the night of their lives.

Nick finds Jordan Baker, who he met at Daisy and Tom’s home in the East Egg when he first moved to the area. They were enjoying their evening at the party, and Nick was insistent on finding Mr. Gatsby to thank him for the invitation. Later in the party, when people were clearly drunk and starting to slur their words, Gatsby finds Nick and introduces himself. From that moment on, Gatsby begins to invite Nick to things like flying his plane, going into the city, etc..

Once Gatsby found out that his cousin was Daisy, Gatsby had bigger plans in mind for Nick. Daisy was his long lost love from years before. He wanted Daisy back and had an idea on just how to do it. He was too nervous to ask Nick himself to help out on this plan, so he asked Jordan Baker to ask Nick on Gatsby’s behalf. His plan was for Nick to invite Daisy over for tea, and Gatsby would just ‘randomly’ walk in by ‘accident’. He figured that if he could see Daisy again, and for her to see him, they would be able to pick up from where they left off.

And it was just that! Nick went along with Gatsby’s plan and invited Daisy over. When Gatsby + Daisy saw each other, they were each speechless. Afterwards, Gatsby had invited Daisy to his place to show her how well he has done in the last few years, and all the wealth that he has attained. He wanted to show her that she could have a future there, with him.

As time went on, Gatsby + Daisy started seeing each other more and more. In the meantime, Nick was trying to figure out things between him and Jordan Baker, along with finding out who really is this Jay Gatsby.

One day Gatsby was invited to Daisy and Tom’s home, along with Jordan and Nick. Tom and Gatsby didn’t have the smoothest conversations, and they clearly did not like each other. They were fighting for the same girl after all. When Tom would leave the room, Daisy would start kissing Gatsby right there in front of Jordan and Nick. They were expressing their love for each other.

Tom sensed that something was going on between Daisy and Gatsby, and was beginning to feel envious. Which is ironic when he has his own mistress in the city.

Since Tom was getting a clearer idea of what was going between Gatsby and Daisy from how they were acting, and things were getting a little heated within the home, so they decided to head off to the city! Tom took Gatsby’s yellow car, along with Jordan and Nick. And Tom suggested that Gatsby drove Tom’s car along with Daisy in the passenger seat right next to him.

On the way, Tom stops at a gas station to put some gas in Gatsby’s car. This is the gas station where Myrtle Wilson, Tom’s mistress, lives along with her husband, Wilson. Filled with envy, Myrtle is glaring at Jordan from the upstairs window, who she assumes his Daisy. Meanwhile, Wilson is putting some gas in the car, and he begins to explain that him and his wife are leaving the city and moving west. Tom is in shock because Myrtle never mentioned anything about it.

After Tom gets gas, they are off to the hotel where they agreed to meet Daisy and Gatsby. Things do not get better between Gatsby + Tom at the hotel. It is in the middle of summer, they are hot, and there is no AC. They try to open all the windows to cool down the room. Tom is flustered and is realizing he losing both his mistress and his wife.

In the hotel room, Tom begins to to question Gatsby and who he thinks he is, mentioning all these accusations against Gatsby. The conversation between the two get heated, and Gatsby begins to get mad at Tom back.

Tom questions this, and asks her if this is true. Asking her if she loved him when they got married, or on their honeymoon, or even when they had their little girl. Daisy starts to breakdown and admits that she has loved him, she would be lying if she didn’t. She continued to breakdown expressing her love for them both, Gatsby and Tom.

Tom could see Daisy’s distress, was getting a glimpse that she may be in over her head, and that this fantasy of her and Gatsby would end. So he told them both to head home and to take Gatsby’s own car. Around 7 o’clock that evening Tom, Jordan, and Nick started to back to East Egg themselves, leaving the city lights in their rearview mirror. On the way back they noticed a crowd and a few cars, thinking it was wreck that occurred. Then they realized it Myrtle lying dead in the street.

Witnesses say that the yellow car didn’t even stop when they hit her. She was running toward the car like she knew who it was, and the driver just continues to drive, running her over. Tom was in disbelief. When witnesses were saying that it was a yellow car, Nick + Tom had an idea whose it was.

Once they got back to East Egg, Tom and Jordan went inside. Nick was invited to come in, but declined the invitation and needed to head home. When Nick was outside, he noticed Gatsby in the yard.

Gatsby told Nick that he was keeping an eye out on Daisy, and wanted to make sure she was safe from Tom. He explained that Daisy was feeling so nervous and felt like driving back home would help steady her and to keep her mind off of what happened in the hotel room that day. When Myrtle was running towards the car, Gatsby had feeling like the woman wanted to talk them. Neither Daisy nor Gatsby knew who she was. Gatsby thought Daisy swerved away from the woman, but then “lost her nerve and turned back. The second my hand reached the wheel I felt the shock – it must have killer her instantly.” Gatsby continued to stand there, watching Daisy’s light through the window, and Nick continued on home.

After that day, nothing was the same. Nick headed over to Gatsby’s place to catch up and make sure everything was okay since Gatsby got new staff, and wasn’t having any parties, and didn’t hear much from Daisy either. Nick told Gatsby that he had to go to work, but would give him a call later that day to catch up.

Wilson found out who owned the car that hit his wife. Went to Gatsby’s home, shot Gatsby in the pool, and then shot himself.

After Nick heard about the incident, he tried to help plan his funeral and make proper arrangements since no one else seemed to be doing so. Meanwhile, Daisy and Tom were leaving East Egg for a fresh start.

Nick was able to find Gatsby’s father, and tried to contact anyone and everyone to attend the funeral. No one showed. Nick eventually left West Egg himself, while Gatsby’s house sat there empty.

I totally understand the great symbolism in this book, and that is great on it’s own. That’s why it’s not a 0 or 1 out of 5.

But, this book didn’t make me care about anything that was going once so ever. It’s just somebody blabbing in my ear.

I did not care about Nick and his problems, and the whole fling between him and Jordan. Nor did I feel bad for Daisy and Gatsby for missing their opportunity with each other. No feelings were felt when I was reading about Myrtle’s death, or how Tom was cheating on Daisy with Myrtle. I just didn’t care.

I am a person who reads one book at a time. To read the next one, I have to finish the one I am on. It took me THREE WEEKS to finish this 170 page book! And it was just because it did not motivate me, or give me any reason to keep reading.

Now maybe I am just tired of hearing about Gatsby, that I get it. I may have just moved on from this kind of concept, or may have heard may times before. WHO KNOWS.

Besides the fact that I wanted Nick to make me care more, I also didn’t like it for a few more reasons.

As we already know, The Great Gatsby is known lots of symbolism throughout the book. Listed below are the ones I noticed, but if you google the symbols in this book, there are tons!

Valley of Ashes = Where peoples sins + secrets are kept

The Eyes of Doctor T. J. Eckleburg = God; The one who sees all

Tom = The American Dream + the yet the myth of it |Tom has the wealth, a beautiful wife, and the beautiful home. But didn’t have to work for it, and was born into money

Maybe I will read this book again in the future and have a different opinion about it.

What did you think of The Great Gatsby?

10 Books to Read This Spring

Book Review of 101 Secrets For Your Twenties

This blog may include affiliate links, and any purchases made through such links may result in a commission or credit to Curly ‘N Loud at no extra cost to you.

All thoughts, opinions, experience, and advice is my own. 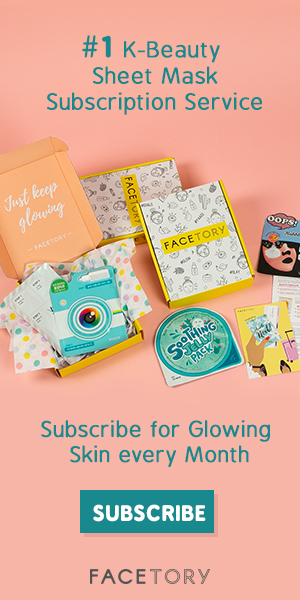